In July of 1989, the last unionised shipyard in Los Angeles harbor closed. Although Los Angeles now handles the largest volume of maritime trade of any port in the Americas, ships are no longer built here. The remaining yard repairs Navy ships returning from the Persian Gulf, and breaks up obsolete aircraft carriers and submarines, employing workers recruited in Matamoros, across the Mexican border from Brownsville, Texas. Most of the giant container ships, stacked high with the uniform metal boxes that give this trade the appearance of a purely abstract movement of goods, are built now by the underpaid and overworked and increasingly militant welders and pipefitters and shipwrights of South Korea. The abandoned shipyards of Los Angeles and San Francisco now come to life briefly as sets for Hollywood films, fictional sites of crime, romance, and espionage.

Movies are made here, but otherwise the industrial appearance of the port is misleading. This is a place of accelerated flows, of global distribution. Some functions hypertrophy while others atrophy. Similar things have happened in Newcastle and Glasgow, the great shipbuilding cities of the first and second industrial revolutions. The Swan Hunter shipyard in Wallsend-on-Tyne survives with a occasional Royal Navy contract. The deserted quays along the Tyne now provide “atmosphere” for neo-noir crime dramas such as Get Carter and Stormy Monday. In Glasgow, civic boosters stage a “Garden Festival” on the ruins of the old Clydeside industrial waterfont.

In these new waterfront films and physical relics, we are witnessing a double process of mummification. If past labor-power is always embedded within active capital, then the esthetic preservation of inactive, obsolete capital–of factories, warehouses, mines, machinery and of shipyards–can be seen as the embalming of the already embalmed. But human labor is like a perpetually resurrected zombie, always returning somewhere from the dead, despite the bourgeois fantasy of a utopian world of wealth without workers.

But it is capital that is the leading, protean force, pushing people this way and that and leaving them to stew or rot or boil over. 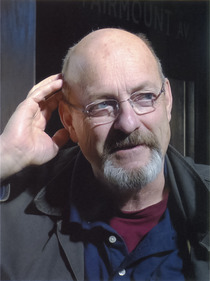