My Things, a project that I started from 2001, is a photography series created by scanning objects. I’ve been working on this project for 12 years. Twelve years, in Chinese traditional concept, represents the period of transmigration in cycles of different fate and destiny. The process of producing works of this series is an assignment associated with one’s life trace. Day by day, I put my daily consumed objects into a scanner piece by piece, like keeping a visual diary. After scanning the original objects, I’ll save them in digital forms and categorise these digital files into different folders in my PC, in order to make a collage of them later on. This task, like yogi’s daily practice, has become a habit in my day-to-day life as well as a tool to observe the human condition in contemporary consumer society. The very action of scanning, through which an intimate relationship between objects and human beings is established, embodies an accurate objectivity, reducibility and a sense of evidence. By this practice, I gathered fundamental data of contemporary life and made an inventory of vital social essence through personal experience. I believe this action will stimulate a desire of self-reflection from us, and an attitude to question the logic of consumption and development.

Contemporary consumerism embodies a concept of ideology and a political and economic collusion strategy; these values were somehow made very legitimate and logical, like how consumerism has been used as the driving force behind social development and stability. A big part of our consumer demand is a result of social needs; it allows us to act “era-appropriately”. Reality continues to inspire our desires, we, as humans have already established an interdependent relationship with substances, a relationship so strong its formation is almost inevitable. Nevertheless, this is where our civilisation was built upon. 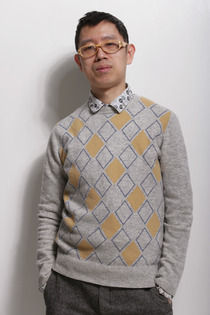