In 2009, I began a new chapter in my work and ordered a custom, high-end “Love Doll” from Japan. I documented my photographic relationship with this human scale “girl,” depicting the latex doll in an ongoing series of “actions”—each shown and titled chronologically from the day I received the doll and describing the relationship I developed with my new model. I was immediately fascinated and disturbed by the idea that a body—this life-size, lifelike body—could be bought and arrived packaged in a box, a woman/girl entering your home as a commodity ready to be used and fetishized. Something very direct and melancholic emerges, particularly in the first photographs I took with the doll. The Love Doll is originally produced to be a mute surrogate body, a substitute for a human being manufactured solely for pleasure and desire. I began to tease out a personality from this commodified subject and allowed her persona to emerge.

As the series progressed, the first days of somewhat formal and shy poses gave way to an increasing familiarity and comfort level. We see the doll enacting and indulging fantasies of unnecessary excess in Western culture—naively relishing twenty pounds of costume jewelry while seeming to be trapped, weighed down and engulfed in so much material waste. She likewise surrounds herself with enormous amounts of candy, or dresses up in brand name fashion, and poses with color-coordinated lime green soda bottles. It’s as if she is discovering, and perhaps becoming nauseated by, her own purpose—a surrogate body for desire—through her interactions with material goods. She is enacting fantasies of indulgence and over-consumption without concern for its impact on the environment, all while becoming more isolated from society.

A second doll arrived one year later. This new character—and the interaction between the two dolls—reveals a distinctive formal and psychological dynamic. In search of a stage for my Love Dolls, I turned to my own home, transforming it into an artfully staged, oversized dollhouse. A tale of disquieting adult fantasy, desire and regret, I produced a book titled The Love Doll to accompany the complete photographic series with daily diary entries. 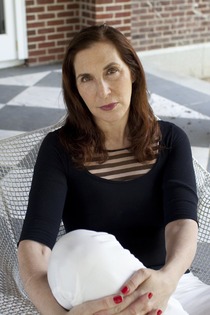