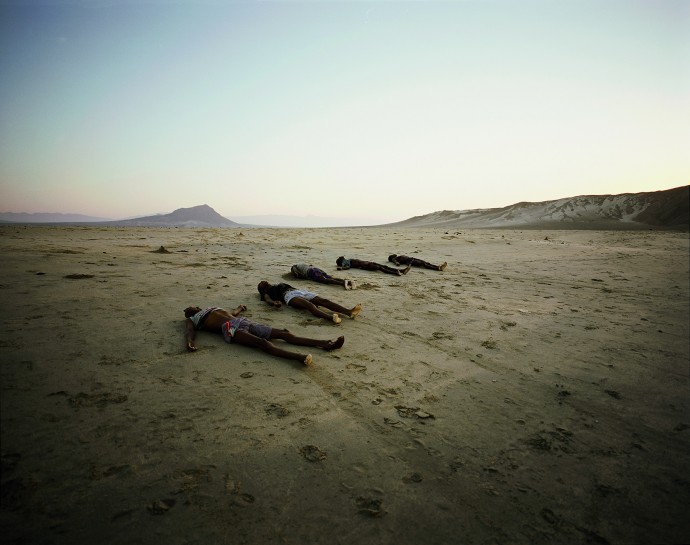 BIR ALI, YEMEN- MAY 2007
Having been washed ashore with the morning tide, a row of corpses line Al-Baida Beach at dawn. Hauled from the water by fellow voyagers, a total of thirty-four bodies were found at sunrise as they slowly drifted inland. Just one week after an almost identical tragedy saw thirty dead on a nearby beach, Somali smugglers continue to drop their human cargo out at sea without regard for life rather than coming close to shore and risking detection. Having paid a million shillings each, for the survivors that have now finally made it to Yemen, the realisation of just what a gamble they have taken with their own destinies hits home. Weak and barely able to move, hours after landing many still lie with their faces half buried in the sand, coughing after having swallowed so much sea water. Most sit weeping, having spent the night looking for lost relatives, or simply in shock at the mortality that surrounds them.