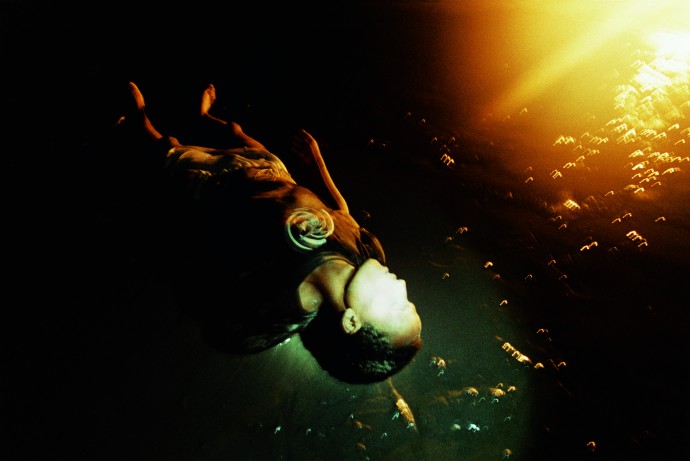 AL-BAIDA, YEMEN- MAY 2007
Illuminated by torchlight, the dead body of a man is discovered in shallow water at Al-Baida Beach. Bloody marks around his face reveal that he had sustained a heavy beating prior to being thrown into the sea. One of a group of three hundred and sixty five migrants and refugees to have arrived in Yemen that night on two smugglers’ boats launched from Somalia, survivors witnessed passengers being pummelled with rifle butts and knives as they protested at being dropped far from land. In the dark sea, many succumbed to the water, disorientated and unable to swim. By morning, a total of thirty-four bodies were found at Al-Baida; either drowned or killed at the hands of the smugglers.