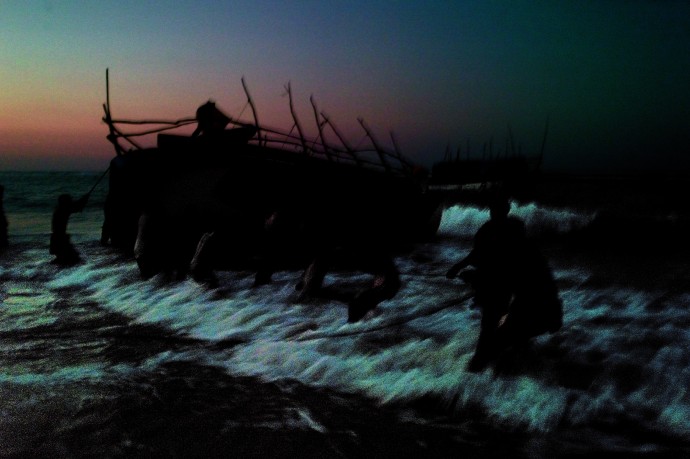 SHIMBIRO, SOMALIA- NOVEMBER 2007
As a storm sets in during the night, a smuggler’s boat becomes beached in rough seas at a remote cove on Somalia’s horn. Summoned by bursts of live gunfire, migrants and refugees sleeping in the surrounding mountains are ordered by the armed gangs to help stabilise the stricken vessel that they are waiting to board. Using ropes, they work in chain gangs at gunpoint, pulling hard to tow the boat into fierce incoming waves in an attempt free it from the sands.