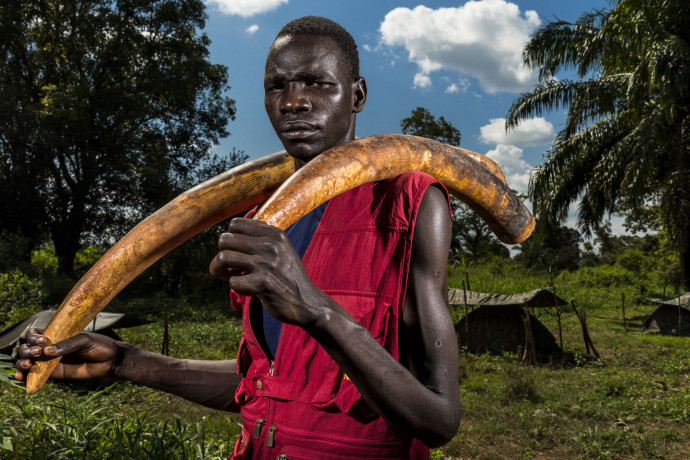 Brent Stirton
Michael Oryem, 29, is a recently defected Lord’s Resistance Army fighter whose LRA group was involved in the poaching of Ivory in Garamba National Park in the Democratic Republic of Congo.

Garamba is a former base of operations for the LRA and a major Ivory based source of financing for the notorious group. Oryem is seen with 2 of 6 ivory tusks that he hid and then led the Ugandan forces to inside the border region of the Central African Republic. He claims that the LRA killed many elephants in Garamba National Park in the DRC and that he was ordered by Joseph Kony, the LRA’s notorious leader, to bring the ivory to him in Darfur, South Sudan. Ivory is now a real means of financing for the LRA, it is used for both food and weapons supplies and is traded to the Sudanese Army who transports it north to Khartoum. Oryem was abducted by the group when he was 9 and lived with them for over 17 years in the wild. He was made a commander in the group at the age of 12. The LRA is infamous for the killing and abduction of thousands of civilians across multiple countries. He defected and is now a member of the Ugandan Army force hunting the LRA.