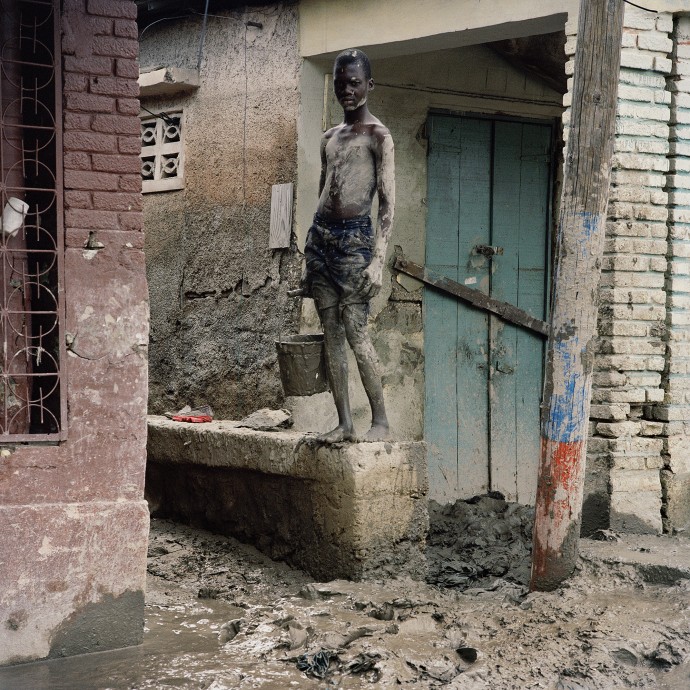 A boy pauses for a moment as works on cleaning the mud out of his flooded home in the city of Gonaives, two weeks after it was flooded during Hurricanes Ike and Hanna. At this point much of the water, which had covered most houses in the town, had receded leaving the town struggling to deal with the remaining residue of thick stinking mud. Hundreds of people are said to have died as the La Quinte river burst its banks and engulfed the city. During the hurricane season of 2008 Haiti was subjected to four powerful hurricanes in the space of twenty days. This increasing severity and quantity of hurricanes is one of the effects of climate change, which scientists have been predicting. But Haiti is extremely vulnerable to these extreme climatic events due to the deforestation of its hillsides.