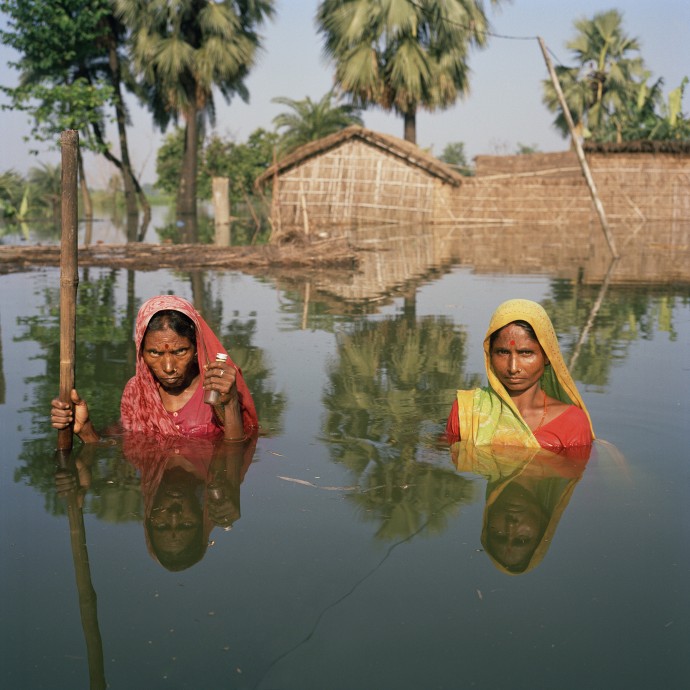 Chinta Davi and her daughter Samundri Davi
after an excursion to buy cooking oil. This is in the village of Salempur near Muzaffarpur which is totally flooded forcing its residents to move between houses by boat or wade through chest high water. Most had to flee the floodwaters which destroyed their homes to seek safety on the higher ground of a road embankment. At least two million people in the province of Bihar now live outdoors as a result of the extreme monsoon flooding which has submerged thousands of villages and huge swathes of farmland in northern India, Bangladesh and Nepal. In Bihar alone more than 515 people have perished and more than 16 million people in 7,972 villages have been affected. These floods- the worst in living memory, were caused by the sort of extreme weather that scientists have predicted will happen as a result of global warming.