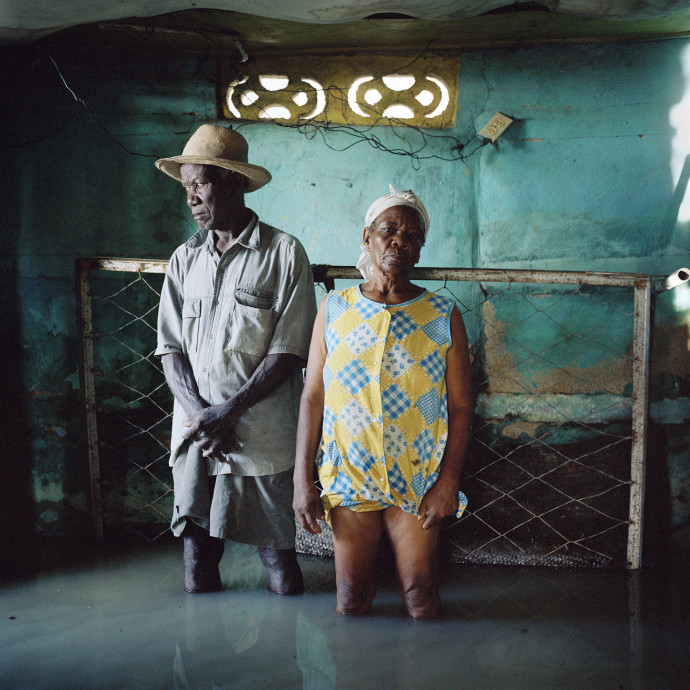 Christa and Salomon Raymond Fils inside their flooded home in Decade in southeast Haiti. Hurricane Gustave had damaged and flooded their home destroying all their possessions. In 2008 four hurricanes battered Haiti in quick succession (Hannah, Gustav, Ike and Fay) killing more than 800 people and causing extensive damage. The country is particularly vulnerable to flooding because the hillsides have been deforested for charcoal production.