Christopher Anderson was born in Canada in 1970, and taught himself photography. He currently lives and works in New York. He is one of the leaders of the new generation of documentary photographers that is razing the wall between art and documentary photography. Since the beginning in the early 1990s as a ‘war photographer’, Anderson has become recognised for a unique visual language, and has been commissioned by publications from the National Geographic to fashion magazines.

His pictures – such as the ones from a clandestine voyage with 44 illegal Haitian immigrants aboard a crude, wooden boat that sank whilst attempting to sail to America – have been awarded some of photography’s highest honours including the Robert Capa Gold Medal. Other honours include a nomination for a Pulitzer Prize and the Visa d’Or and Magazine Photographer of the Year (twice). His first monograph, Nonfiction, was published in 2003 and is now out of print. His second book, Capitolio, was released in 2009. He also co-authored two other titles whilst a photographer at the agency VII: WAR (2003) and Rethink (2002). In 2005, Christopher joined Magnum Photos. 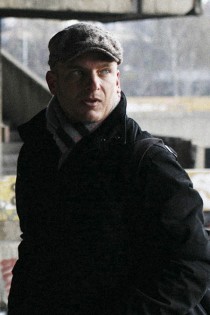