City/location where you live and work:
New Jersey

Ed Kashi is a photojournalist, filmmaker and educator dedicated to documenting the social and political issues that define our times. A sensitive eye and an intimate relationship to his subjects are the signatures of his work. Kashi’s complex imagery has been recognized for its compelling rendering of the human condition.

“I take on issues that stir my passions about the state of humanity and our world, and I deeply believe in the power of still images to change people’s minds. I’m driven by this fact; that the work of photojournalists and documentary photographers can have a positive impact on the world. The access people give to their lives is precious as well as imperative for this important work to get done. Their openness brings with it a tremendous sense of responsibility to tell the truth but to also honour their stories.”

Kashi’s images have been published and exhibited worldwide. His innovative approach to photography and filmmaking produced the Iraqi Kurdistan Flipbook. Using stills in a moving image format, this creative and thought-provoking form of visual storytelling has been shown in many film festivals and as part of a series of exhibitions on the Iraq War at The George Eastman House. Also, an eight-year personal project completed in 2003, Aging in America: The Years Ahead, created a travelling exhibition, an award-winning documentary film, a website and a book which was named one of the best photo books of 2003 by American Photo.

Along with numerous awards, including honours from Pictures of the Year International, World Press Foundation, Communication Arts and American Photography, Kashi’s editorial assignments and personal projects have generated four books. In 2008, his latest book was published; Curse of the Black Gold: 50 Years of Oil in the Niger Delta followed by THREE in 2009.

“Ed Kashi is intelligent, brave and compassionate. He always understands the nuances of his subjects. He fearlessly goes where few would venture. And he sympathetically captures the soul of each situation. Ed is one of the best of a new breed of photojournalistic artists.”
David Griffin, Director of Photography, National Geographic. 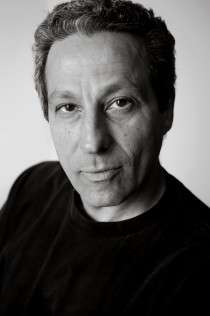