Portuguese by birth, Edgar Martins grew up in Macau, China, where he published his first novel entitled Mäe, deixa-me fazer o pino. In 1996 he moved to the United Kingdom, where he later completed an MA in Photography and Fine Art at the Royal College of Art.

He has exhibited extensively throughout Asia, America and Europe and has received numerous awards for his photographic and literary work. His work is represented internationally in various high-profile museums, public, corporate and private collections.

His first book Black Holes & Other Inconsistencies was awarded the Thames & Hudson and RCA Society Book Art Prize. Selections of images from this book were also awarded The Jerwood Photography Award in 2003.

In The Diminishing Present and Approaches, Martins’ following monographs were launched in 2006. An exhibition of this work has toured Lisbon, New York, Oporto, Madrid, and elsewhere.

In spring 2008 Aperture Books launched Martins’ most comprehensive monograph to date. This work was exhibited internationally; in Portugal, United Kingdom, United States, Germany, Brazil and many other countries, institutions and museums such as PS1, MoMA, FOAM, Nantes Art Biennial, and others.

Martins was the recipient of the inaugural and much sought after New York Photography Award (Fine Art Category) in May 2008. He was also selected for the Terry O’Neil Award (United Kingdom), the prestigious BES Photo Prize (Portugal) and awarded a National Media Museum Bursary Fund (United Kingdom).

Martins is considered by United States’ art critics as ‘one of the most influential artist of his generation, working within the medium of photography’.

Edgar Martins lives and works in the United Kingdom. 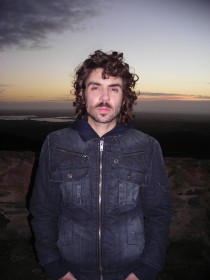