Brent Stirton is special correspondent for Getty Images, and regular contributor to National Geographic magazine, Stirton specializes in documentary work, generally photographing at the intersection of man and the environment. He works regularly for Stern Magazine, Human Rights Watch and with The Environment Investigation Agency and LAGA as well as the Gates and Clinton Foundation and various UN groups. He has received many awards, including multiple awards from the Overseas Press Club, The National Magazine Awards, The Peabody awards, Pictures of the Year International as well multiple awards from the World Press Photo Foundation. His photos have also appeared in the New York Times Magazine, Le Figaro, GQ, GEO, and other respected international titles. 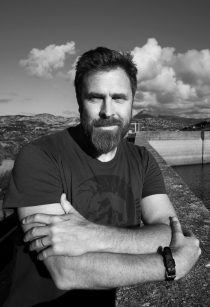