Carla Rippey is an American-born visual artist based in Mexico City. Her work seeks to expand the margins of drawing and graphics, applying strategies of appropriation, selection and edition. She works extensively from her collection of archives (images from photographs, postcards, family albums, newspapers, magazines, books and internet sources), which she translates into drawings, artist’s books and prints.
She was educated in Nebraska, La Sorbonne, Paris, The State University of New York and the University of Chile in Santiago. She was active in the feminist movement in Boston and in the Chilean left from 1969 de 1973 and has lived in Mexico since 1973. In the 70s she took part in founding the Infrarrealist literary movement and participated in the Mexican artists’ movement “Los grupos” as a member of the artists’ collective Peyote and the Company.

She has had, among others, individual shows in the Museum of Modern Art, Mexico, The National University Museum “El Chopo”, the National Print Museum, the galleries Arte Mexicano and Arróniz Arte Contemporáneo in Mexico City, as well as the Graphics Institute of Oaxaca, Seguela Gallery in Guangzhou, China, and the Mavi Museum in Santiago, Chile. Her recent group shows include Radical Women, Hammer Museum, Los Angeles and the Brooklyn Museum, NYC, 2019; Open Graphics:Expansive Routes in Mexican Graphics, Arprim, Centre d’essai en art imprimé, Edificio Belge, Montreal, Canadá, 2018; Latin Fire: Other photographs of a Continent, Photoespaña 2015, Madrid, and Distant Star / Estrella Distante: an exhibition organized around the writings of Roberto Bolaño, Regen Projects, Los Angeles, CA / Galería Kurimanzutto, CDMX, 2011.
She was Director of the National School of Painting, Sculpture and Printmaking “La Esmeralda” in Mexico City from 2013 to 2017. Since 1997 she has been a member of the Mexican arts grant system (Sistema Nacional de Creadores) and has been a member of the National Academy of Arts, Mexico since 2018. 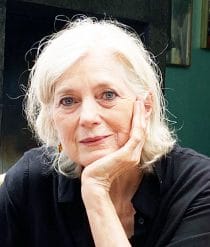