Fire: The element without which life would not be, has gradually evolved into a weapon of mass destruction for the environment since Man learned to control it.

It is fire that pollutes the atmosphere, when mountains of plastic waste are burned in dumpsites all over the world because we don’t know what to do with the waste of our modern life.
It is fire that devastates and sterilizes arable land when the slash-and-burn technique is used systematically season after season it’s the fire that burns thousands of tonnes of diesel each year to keep our cars moving again. It is fire that spews toxic fumes into the atmosphere when children burn old computer cables to extract copper on the Agbobloshie electronic dump in Ghana

It is still fire that consumes the tons of wood cut each year to make charcoal in a semi-desert country like Senegal.

“The Prophecy” project was born in Senegal in 2013 with the objective of contributing to the awakening of an ecological conscience in the new generation. I wanted to create a tale that would combine animism and ecology to better speak to hearts: Composite characters, inspired by masquerades in West Africa and elsewhere, emerge from oil slicks, garbage dumps, desiccated and burnt landscapes to deliver a message of warning and accountability to humans.

” Mother and guardian of the sky and the earth, the volcanoes and the rivers, Mother earth stays up the world and it inhabitants. Hurt, exhausted and startled by the attitude of the humans and their lack of respect for the earth, Mother earth summoned the great spirits of the nature, her children and allied, The Djinns:

”My dear children, hear my call, the evil grows on our beloved planet earth. I built a world where the life would be prosperous, where each would be free to breathe, to eat and admire what Nature has to offer. Nevertheless I am dying. Every day more numerous and more insatiable, the humans make an excessive use of my wealth without thinking of the consequences. It has been many years since they remain deaf in my calls but you, my faithful Djinns, can reach them. Leave, reveal your existence to the humans and alert them of the danger that they incur..”

My goal is to create a global prophecy in which as many cultures and continents as possible are represented. Every scourge, every problem does not concern only the country where it is treated but the whole of humanity. By drawing on each other’s beliefs and traditions, I seek to build bridges between all for a more comprehensive approach to this unprecedented challenge in the history of humanity. 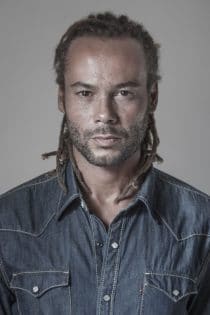