I received a BA, cum laude, in Art and Semiotics from Brown University in 1998 and an MFA in Film/Video from the Milton Avery Graduate School of the Arts at Bard College in 2002. I completed the Whitney Museum’s Independent Study Program in 2003 and from 2004-2006 was a Resident Artist at the Rijksakemie van beeldene kunsten in Amsterdam. For more than fifteen years, I have exhibited in galleries and museums throughout Europe and the United States and my still and moving image work is held in major museum collections such as the Guggenheim Museum; the Museum of Modern Art, New York; the Centre Pompidou, Paris; the J. Paul Getty Museum, Los Angeles; the San Francisco Museum of Modern Art; the Stedelijk Museum in Amsterdam; and the Israel Museum in Jerusalem, among others. In 2014 I won both the Shpilman International Prize for Excellence in Photography awarded by the Israel Museum and the The Aimia | AGO Photography Prize awarded by the Art Gallery of Ontario. I have been included in prominent group exhibitions such as Picture Fiction at the MCA Chicago in 2018; Photo Poetics at the Guggenheim in New York, Light Paper Process at the J. Paul Getty Museum in Los Angeles, and Into the Light at Mass MOCA, all in 2015; New Photography at the Museum of Modern Art and The ICP Triennial at the International Center of Photography, both in 2013. I have had solo exhibitions at MOCA Cleveland and the MCA Denver in 2017; The FRAC Champagne-Ardenne in Reims, France in 2015; the Kunstverein in Hamburg in 2014 and the Grazer Kunstverein in 2013. A monograph of my work was published by Sternberg Press in 2014. In the spring of 2021, my work will be included in Off the Record, at the Guggenheim in New York and I will also present a newly commissioned body of work in the context of the exhibition Afterlives, opening at the Jewish Museum in September 2021. My work will also be included in Les Rencontres de la Photographie d’Arles in 2022. I am represented by Tanya Bonakdar Gallery in New York and The Approach in London. 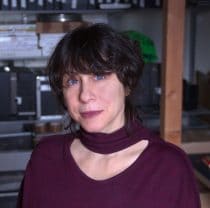