MAK Remissa is regarded as one of the most successful Khmer photographers of his generation. He credits his first and third place awards in the 1997 National Photojournalism competition, held by the Foreign Correspondents’ Club and chaired by Phillip Jones Griffiths, as a major catalyst in his career.

Currently working as a photojournalist for the European Pressphoto Agency (EPA), his work is often seen on the international news wires. His 2005 fine art photography exhibition, titled “The fish eats the ant”, was shown in Phnom Penh galleries, the Angkor Photo Festival, in Kobe, Japan in 2013 « Life Being, Earth Being », and GETXOPHOTO festival 2014 in Bilbao, Spain. And was nominated as one of the best exhibitions at Dali Photo Festival in China in August 2015.
In 1995, he graduated in Fine Art and Photography at the Royal University of Fine Arts in Phnom Penh, and his work soon appeared in numerous publications such as Cambodge Soir and the Phnom Penh Post.
He has also worked as a free lance photographer for other organizations. Remissa has exhibited his fine art photography in Cambodia, France, Canada, the US, Australia, Sweden, Switzerland, Spain, China, Japan, Singapore, and Myanmar. 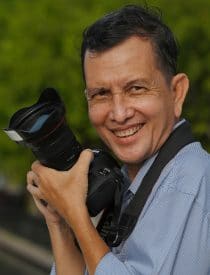