The Great Dismal Swamp of southeastern Virginia is manifestly both those things: great and dismal. Situated just 26 miles south of Point Comfort–the grotesquely ill-named spit of land where the first slave ship docked in America– the Dismal Swamp sprawls past the border of Virginia and into North Carolina, extending some 60 kilometers and occupying over 2000 square kilometers. It is the size of a small country, say, in fact, Luxembourg.

And “dismal” hardly begins to describe the first impression imprinted upon the casual visitor. The American poet Henry Wadsworth Longfellow described it as a terrifying place “where hardly a human foot could pass, or a human heart would dare”.

Around 2008, my human heart did dare and my booted feet passed through many miles of the swamp, emerging with a record number of attached tiny deer ticks: forty-three, on every part my body.

Those ticks, which took hours to find and remove, were only a small example of what the escaped slaves from the region, who viewed the swamp as preferable to the living hell of enslavement, suffered when they fled to the rare and remote patches of high ground deep in the swamp. Slithering with snakes, often venomous, the air thick with biting insects and the heavy foliage offering protection to panthers, bear and alligators, the swamp contained an enemy even greater to the maroons, as escaped slaves were called: the slave catchers and their fearsome dogs.

Angry slave catchers and owners, operating on the ‘dead or alive’ theory, sometimes surrounded the maroon swamp communities and set fire to them, burning their quarry alive. For the inhabitants, even that was preferable to being returned to their owners and the excruciating punishments that would ensue.

But while the Great Dismal Swamp did provide refuge for the luckiest of these maroons, it seems a fitting, apocalyptic end that a place so filled with pain should, a century and a half later, be devoured by an all-cleansing fire.

By the time I was exploring it, vast fires, easily viewed from space, had begun consuming the swamp and continued to burn, forcing me to trespass past safety barriers warning of danger. Thick smoke billowed up ceaselessly, not just for days or weeks, but off and on for years. In some kind of poetic, metaphoric righteousness, even the soil itself burned.

For years I have been examining the racial history of my homeland, the American South, viewing the land as a vessel for the memories of the complex struggles enacted upon it. The fires in the Great Dismal Swamp seemed to epitomize the great fire of racial strife in America— the Civil War, emancipation, the Civil Rights Movement, in which my family was involved, the racial unrest of the late 1960s and most recently the summer of 2020.

Something about the deeply flawed American character seems to embrace the apocalyptic as solution, the Fire Next Time, fire as a curative. Perhaps we do need to tear it down before we can rebuild, perhaps fire, uniquely, does cleanse and restore, yielding the small green sprigs and vines starting now to re- vitalize the swamp, offering hope for restoration. But fire does not destroy memories and no matter how our laws are revised to be more equitable or how our tortured racial past might somehow be mitigated or how completely the Great Dismal Swamp is engulfed in flames, no one will forget. These pictures are a testament and a reminder. 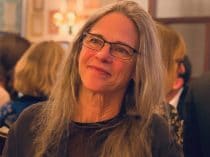