When I first started in the photography industry it was out of a sense of awe at what we as a species were up to. Our achievements became a source of infinite possibilities. But time goes on, and that first flush of wonder began to turn. The car that I drove cross-country began to represent not only freedom, but also something much more conflicted. I began to think about oil itself, as both the source of energy that makes everything possible, and as a source of dread, for its ongoing endangerment of our habitat.

In 1997 I had what I refer to as my ‘oil epiphany’. It occurred to me that all the vast man-altered landscapes I had pursued for over twenty years had been made possible by the discovery of oil and the progress occasioned by the internal combustion engine. Over the next twelve years I researched and photographed the largest oil fields I could find. I went on to make images of refineries, freeway interchanges, automobile plants and the scrap industry resulting from the recycling of cars. I began to look at motor culture, where vast tribes come together with vehicles as the main attraction.

In no way can one encompass the influence and extended landscape of this thing we call ‘oil’. These images can be seen as notations by one artist—contemplating the global economic growth made possible through this massive energy force, and the cumulative effects of the industrial evolution upon our planet. 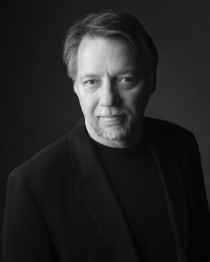