Tillim was born in Johannesburg in 1962. He started photographing professionally in 1986 and joined Afrapix, a collective of South African photographers with whom he worked closely until 1990. His work as a freelance photographer in South Africa for the local and foreign media included positions with Reuters between 1986 and 1988, and Agence France Presse in 1993 and 1994. Tillim has received many awards for his work including the Prix SCAM (Societe Civile des Auteurs Multimedia) Roger Pic in 2002, the Higashikawa Overseas Photographer Award (Japan) in 2003, the 2004 DaimlerChrysler Award for South African photography, the Leica Oskar Barnack Award in 2005 and the first Robert Gardner Fellowship in Photography from the Peabody Museum at Harvard University in 2006.

He has also held solo exhibitions at Haus für Kunst, Altdorf, and Haunch of Venison, Zurich, in 2008. Recent group exhibitions include Great Expectations: Contemporary photography looks at today’s Bitter Years at Casino Luxembourg – Forum of Contemporary Art, Luxembourg (2009); The Face of Our Time at the San Francisco Museum of Modern Art (2009); Peripheral Vision and Collective Body at the Museion, Bolzano, Italy (2008); Home Lands – Land Marks at Haunch of Venison, London (2008); Documenta12 (2007); the São Paulo Biennial (2006); SLUM: Art and life in the here and now of the civil age at the Neue Galerie in Graz; Photography, Video, Mixed Media III at the DaimlerChrysler Gallery in Berlin; and the traveling exhibition Africa Remix (2004-2007). 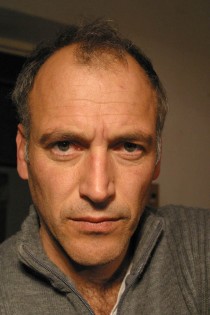