Michael Wolf was born in 1954 in Munich, Germany. He grew up in the United States, Europe and Canada, and studied at UC Berkeley and at the Folkwang School in Essen, Germany. In 1995 Michael Wolf moved to Hong Kong, where he studied the Chinese cultural identity and the complex urban architectural structure. He has published 5 photo-books to date. These include the 2001 publication China im Wandel (Frederking und Thaler),  Sitting in China (Steidl) Chinese Propaganda Posters (Taschen), Hong Kong Front Door Back Door (Thames and Hudson), Hong Kong Inside Outside (Peperoni Press/Asia One Publishing).

2008 The Real Toy Story and Architecture of Density, the Victoria and Albert Musuem’s China Design Now, London, March 15 – May 23.

Michael Wolf’s main focus in Asia has been the city and its architectural structures. In Hong Kong, he directed the camera towards strikingly formalistic and severe buildings and the result seen for instance in Hong Kong Inside Outside was almost abstract. The interest for people and human interaction grew when Michael Wolf by accident blew up a detail from the glass buildings he had been photographing in Chicago. Transparent City (Aperture 2008) juxtaposes images from the buildings and pixelated details, blown up details from the life within.

The curiosity over accidentally captured human situations grew, and Michael Wolf started to work with the immense image archive of Google Street Views. With great precision, he isolates scenes from the streets of Paris. By framing and directing our gaze, Michael Wolf helps us discover the small details. The images capture the humour, beauty and absurdity of daily life but also raises questions of the constant surveillance in the public spaces.

Michael Wolf won a first prize in the World Press Photo Award Competition twice. Once in 2004 (contemporary issues series) and also in 2010 (Daily Life Single) both with topics photographed in Asia. 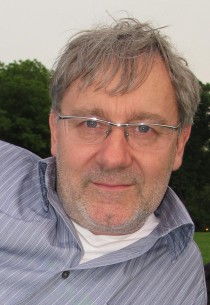