In 2003, I was asked to photograph the erasure of a small town in Ohio. In Cheshire, houses were being razed by the hour and the streets were nearly emptied of human life. American Electric Power, one of the world’s largest utility companies, had bought out the town and instituted a gag order after increasing complaints that AEP’s plant had contaminated the health of Cheshire’s citizens. I was not the same after this trip. The cost of growth, with its implicit energy demands, had become terrifyingly vivid. I had seen first-hand the grave results of fossil fuel production on human life and our ecosystem. To further examine the role of energy in the United States, I embarked on a five-year-long, twenty-five-state project called American Power. I photographed a consumerist society inured to the consequences of unbridled consumption. Many living in the shadows of power plants despaired their polluted water and air, but did not have the economic resources to relocate. Growth no longer meant progress, but self-destruction.

I wanted to photograph the dangerous trinity of corporate power, consumerist advertising and citizens who believe the old American dream that improving your lot means having more and using more. American Power is an active response to the American Dream gone haywire. My project focuses on the United States not only because I am American; but because the U.S. has exported its model of unrestricted growth around the world in the form of mass consumerism, corporatism and sprawl. We need to now export a revised model of growth, a revised American Dream. I included pictures in American Power of renewable energy–wind, biotech and solar–to show that a healthier, more economical and compassionate way of life is possible. American Power bears witness to the cost of growth and it asks viewers to consider the landscape they have created–and take responsibility for it.

After the project was finished, exhibited, and published as a book, I looked for a way to disseminate this work beyond the art world. I created an interactive public art project with my wife, writer Susan Bell, that used billboards in Ohio and a website (whatisamericanpower.com) to share American Power more widely. 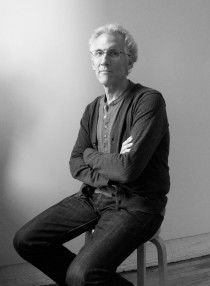