Nyaba Ouedraogo was born in 1978, and could have run the 400 meters, but a serious injury caused this former athlete from Burkina Faso to turn to photography. Assistant to the Parisian photographer Jean-Paul Dekers, still-life photographer, fashion and industrial photographer, and a travel enthusiast, Nyaba Leon Ouedraogo is now devoting himself to photographic journalism.

His approach, as much photojournalism as it is documentary work, consists in “not showing images for what they depict, but for what they transmit”.

He is the co-founder of the group “Topics Visual Arts Platform”.

Collective Exhibits
A Visa for the Image, Perpignan, August 31, 2009

Publications in Magazines
View (Photography), June 2010, The Hell of Copper

Selected for the Social Photography competition, city of Sarcelles, 2008 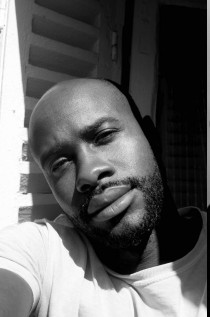