In 1994, Stéphane Couturier showed the first works in a series called Urban Archaeology, viewing the city as a living organism. From 1999 onwards, Stéphane Couturier began to focus on mushrooming housing developments with his Monuments series. In 2002, the uniformity and repetitiveness of these landscapes around the world drove him to begin working on the series Landscaping, with polyptychs.
With a new body of work called Melting Point, Couturier changed his visual approach. The technical and visual protocols put into play as a matter of fact obey a visual and deliberate conceptual orientation—to divert the documentary aspect of photography, to shift and transcend its narrative dimension, to question its reputation as beholder of truth.

After photographing the Toyota assembly plant, new subjects such as the Indian city of Chandigarh built by Le Corbusier and the city of Brasilia built by Oscar Niemeyer caught Couturier’s attention.

After his first exhibition at the Galerie Polaris in Paris in 1994, Stéphane Couturier has showed his work in numerous venues in France and Europe. From 1997 onwards, the Laurence Miller Gallery in New York exhibited his work on a regular basis. His work for the Monuments series was displayed at the Rencontres Internationales de la Photographie in Arles, France, in 2001. In 2003, his Landscaping pictures were shown at the Laurence Miller Gallery in New York and University Art Gallery in San Diego. A retrospective of Couturier’s work was shown at the Bibliothèque Nationale de France in Paris, in 2004. In 2006 his work Landscaping was presented at the ICP exhibition, Ecotopia, in New York. The Toyota series was displayed in Centre Georges Pompidou as new purchase of the Museum in 2008. An exhibition of the Melting Point series was also presented in Spain at the Art Center Tinglado 2,
and another retrospective from the same series was exhibited in a solo show in November 2010 at the Blickle Foundation in Germany, and in Landesmuseum in Linz. Austria, 2011. 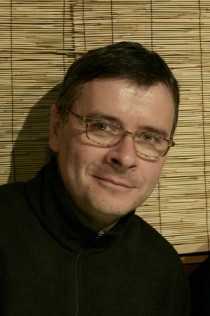