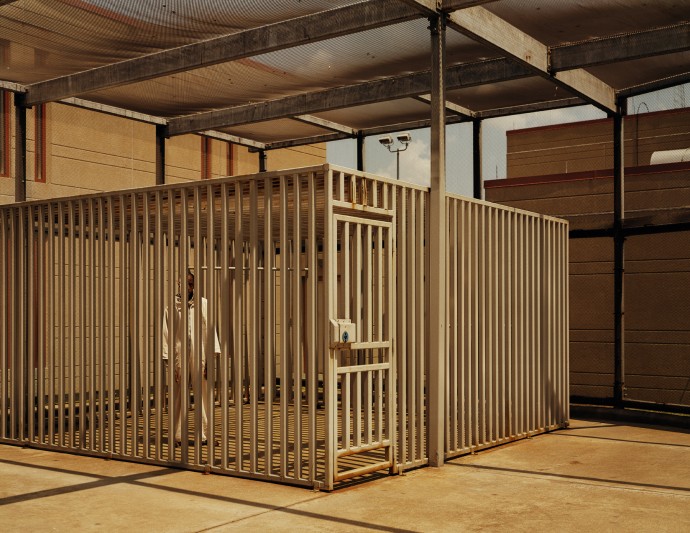 Taryn Simon
Death Row Outdoor Recreational Facility, “The Cage”, Mansfield Correctional Institution, Mansfield, OhioAt Mansfield Correctional Institution, death row inmates are permitted one hour of outdoor recreation per day in individual or group containment areas known as cages or bullpens. Inside segregated cages there is only a chin-up bar and inmates are not permitted to bring any items with them. In non-segregated cages there is a stationary basketball net and they are permitted to bring with them items including a basketball, radio, deck of cards, and cigarettes.All death row inmates at Mansfield are classified as having “mental health issues.” In Atkins v. Virginia, the U.S. Supreme Court declared the execution of persons with mental retardation to be unconstitutional. Defining mental retardation is a controversial issue currently being addressed as part of the proposed Death Penalty Reform Act of 2006. 38 of the 50 U.S. states provide for the death penalty in law.