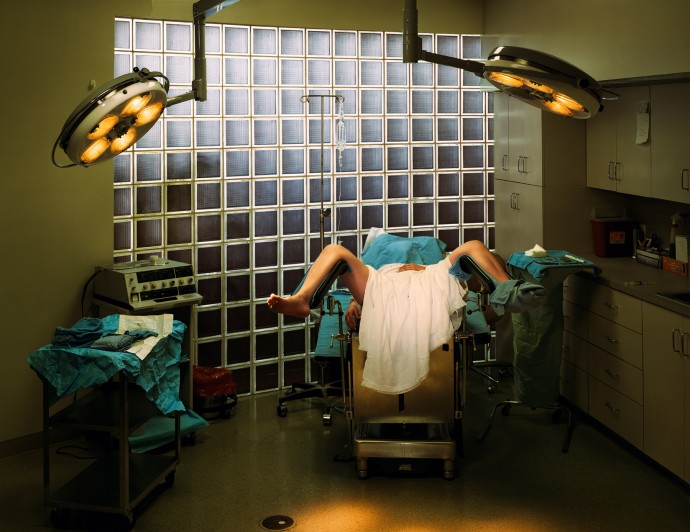 Taryn Simon
Hymenoplasty, Cosmetic Surgery, P.A., Fort Lauderdale, Florida The patient in this photograph is 21 years old. She is of Palestinian descent and living in the United States. In order to adhere to cultural and familial expectations regarding her virginity and marriage, she underwent hymenoplasty. Without it she feared she would be rejected by her future husband and bring shame upon her family. She flew in secret to Florida where the operation was performed by Dr. Bernard Stern, a plastic surgeon she located on the internet. The purpose of hymenoplasty is to reconstruct a ruptured hymen, the membrane which partially covers the opening of the vagina. It is an outpatient procedure which takes approximately 30 minutes and can be done under local or intravenous anesthesia. Dr. Stern charges $3,500 for hymenoplasty. He also performs labiaplasty and vaginal rejuvenation.