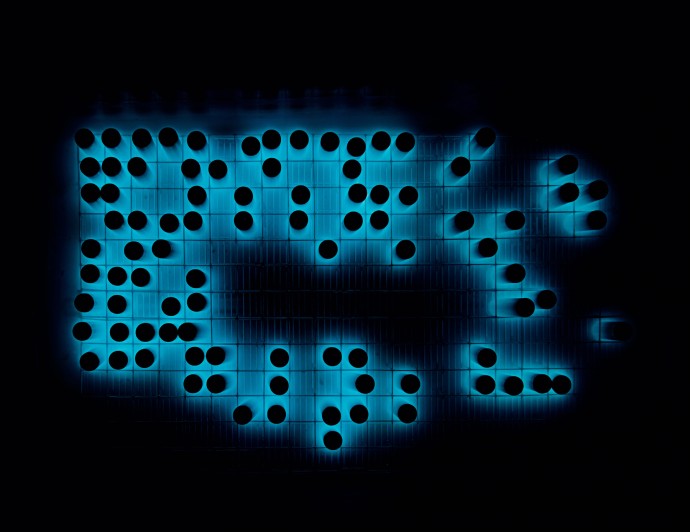 Taryn Simon
Nuclear Waste Encapsulation and Storage Facility, Cherenkov Radiation, Hanford Site, U.S. Department of Energy, Southeastern Washington State Submerged in a pool of water at Hanford Site are 1,936 stainless-steel nuclear-waste capsules containing cesium and strontium. Combined, they contain over 120 million curies of radioactivity. It is estimated to be the most curies under one roof in the United States. The blue glow is created by the Cherenkov Effect which describes the electromagnetic radiation emitted when a charged particle, giving off energy, moves faster than light through a transparent medium. The temperatures of the capsules are as high as 330 degrees Fahrenheit. The pool of water serves as a shield against radiation; a human standing one foot from an unshielded capsule would receive a lethal dose of radiation in less than 10 seconds. Hanford is among the most contaminated sites in the United States.