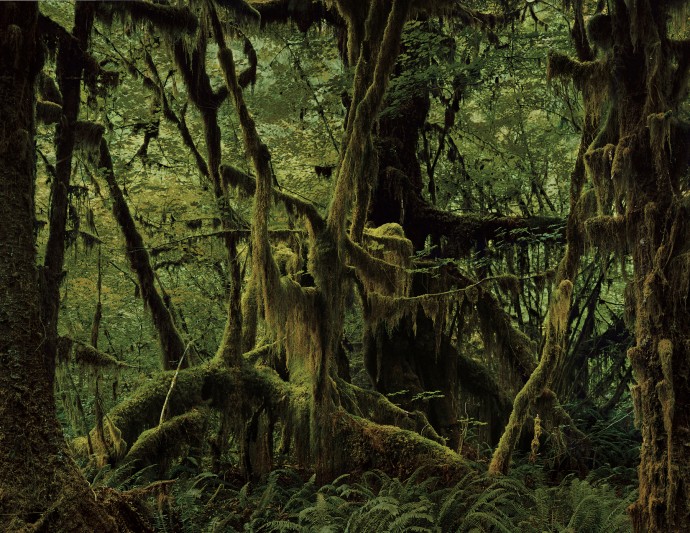 Taryn Simon
The Hoh Rain Forest, Understory and Forest Structure, Olympic National Park, Washington Tangle of branches and mosses including: Sitka Spruce, Vine Maple, Bigleaf Maple, Western Hemlock and understory of Sword Fern. The Hoh Rain Forest is the largest, intact, preserved coastal temperate rain forest in the world. It is considered to be the wettest spot in the continental U.S., receiving 140 to 167 inches (12 to 14 feet) of rain per year. Located within Olympic National Park, the Hoh is fully protected from commercial exploitation. Rain forest beyond the park’s borders, has been logged heavily over the past century. The Pacific Yew, indigenous to the region and once considered an insignificant tree, was recently discovered to harbor Taxol, a naturally occurring compound that is now being used to treat ovarian, breast, and lung cancer.