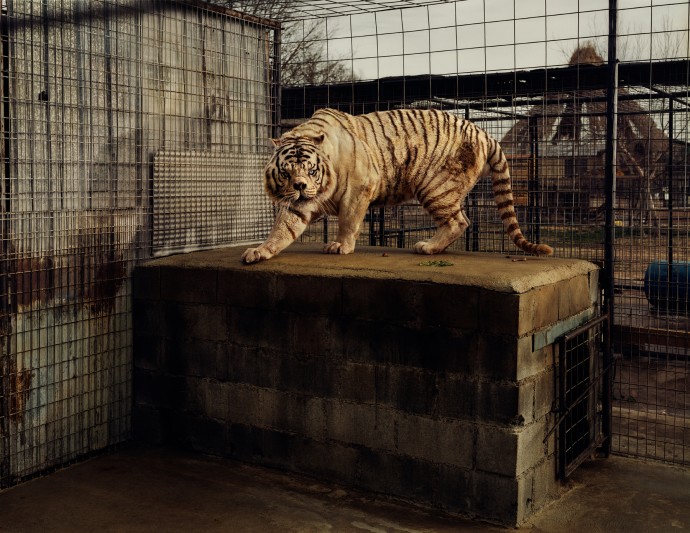 Taryn Simon
White Tiger (Kenny), Selective Inbreeding, Turpentine Creek Wildlife Refuge and Foundation, Eureka Springs, Arkansas In the United States, all living white tigers are the result of selective inbreeding to artificially create the genetic conditions that lead to white fur, ice-blue eyes and a pink nose. Kenny was born to a breeder in Bentonville, Arkansas on February 3, 1999. As a result of inbreeding, Kenny is mentally retarded and has significant physical limitations. Due to his deep-set nose, he has difficulty breathing and closing his jaw, his teeth are severely malformed and he limps from abnormal bone structure in his forearms. The three other tigers in Kenny’s litter are not considered to be quality white tigers as they are yellow-coated, cross-eyed, and knock-kneed.