After studying at the Academy of Fine Arts in Munich and receiving a diploma in 1991, I moved to New York and studied at School of Visual Art’s Photography and Related Media program, where I received an MFA in 1995.

Inspired by the city’s presence, light, and architecture, I began experimenting with photography. In order to capture an immediate and direct imprint of my experience, I decided to turn the room in which I lived into a large pinhole camera—thereby transforming the space that contained my personal experience into the apparatus that would capture an image of it. Through a simple pinhole instead of an optically carved lens, the outside world flooded the interior of the room and projected an inverted image onto the opposite wall. Exposing directly onto wall-size sheets of photographic paper, I achieved large-scale black and white images. Maintaining my concept of directness and least possible alteration, I decided to retain the negative image and refrain from multiplication or reproduction.

New York remains my home since 1993 and a returning subject in my work, yet I soon started working internationally employing the technique of the camera obscura, or pinhole camera, in projects around the world where I photographically rendered architecture, shipyards, airports, and abandoned factories, focusing on industrial sites that pertain to transportation and fabrication.

My images have been exhibited in group and solo shows in many recognized institutions such as the Museo Nacional Centro de Arte Reina Sofia, Madrid; the Centre Pompidou, Paris; Dia: Beacon and Dia: Chelsea, New York; Kunsthalle, Basel; the Museum of Modern Art, New York and the Whitney Museum of American Art, New York.

My work has been recognized by many periodicals including Art Forum, ARTNews, Art in America, BOMB, and The New York Times; as well as books including 100 Contemporary Artists (Taschen), The Photograph as Contemporary Art (Thames & Hudson), and Vitamin Ph: New Perspectives in Photography (Phaidon). I had the honour of receiving the Pollock-Krasner Foundation Grant in 2002, a John Simon Guggenheim Memorial Foundation Fellowship in 2001, and the Deutscher Akademischer Austausch Dienst (DAAD) Grant in 1993. 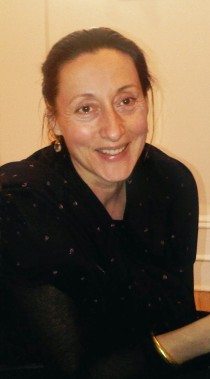