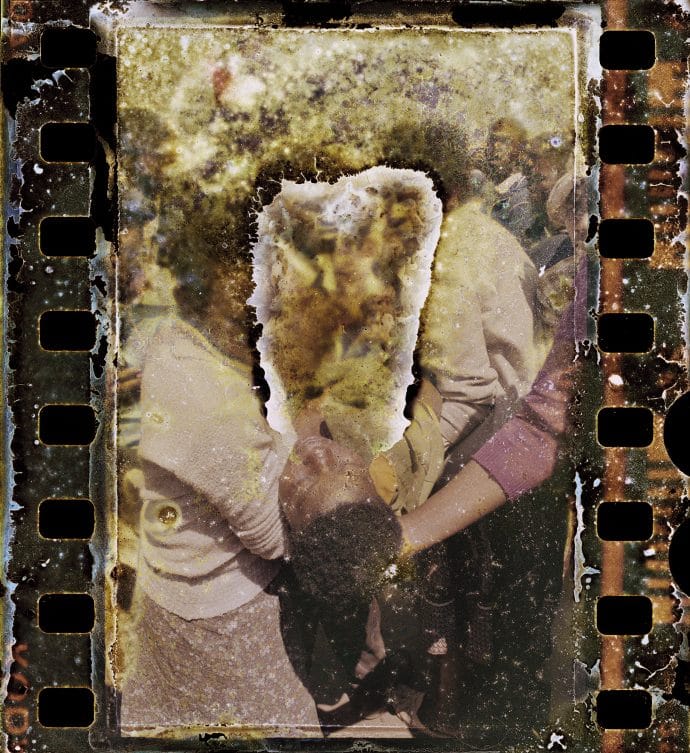 Gideon Mendel
Original Image: A young woman, asphyxiated by teargas is helped by other mourners after the political funeral of four young activists killed in clashes with the police in Duduza Township. At the conclusion of this funeral, further clashes broke out with the police who fired teargas at mourners. The cycle of funerals, followed by violence, leading to further funerals became an all too common feature of this period. July 1985. Scanned and reframed after accidental water and mould damage in 2016. 2016