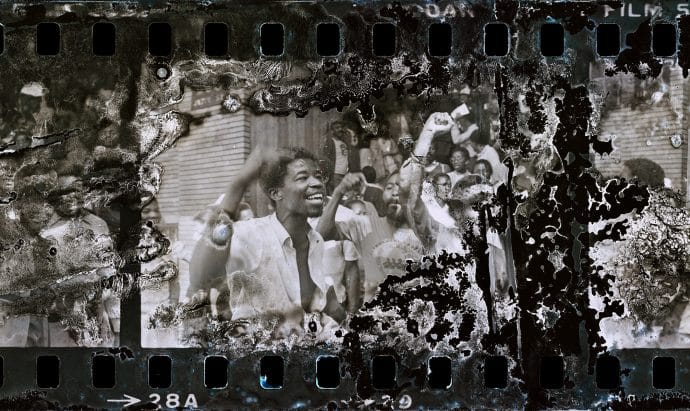 Gideon Mendel
Original Image: Protestors outside Cosatu House, after a May Day Rally in which the Congress of South African Trade Unions (COSATU) called for a nationwide ‘stayaway’ and protest by workers. May 1986. Scanned and reframed after accidental water and mould damage in 2016. 2016