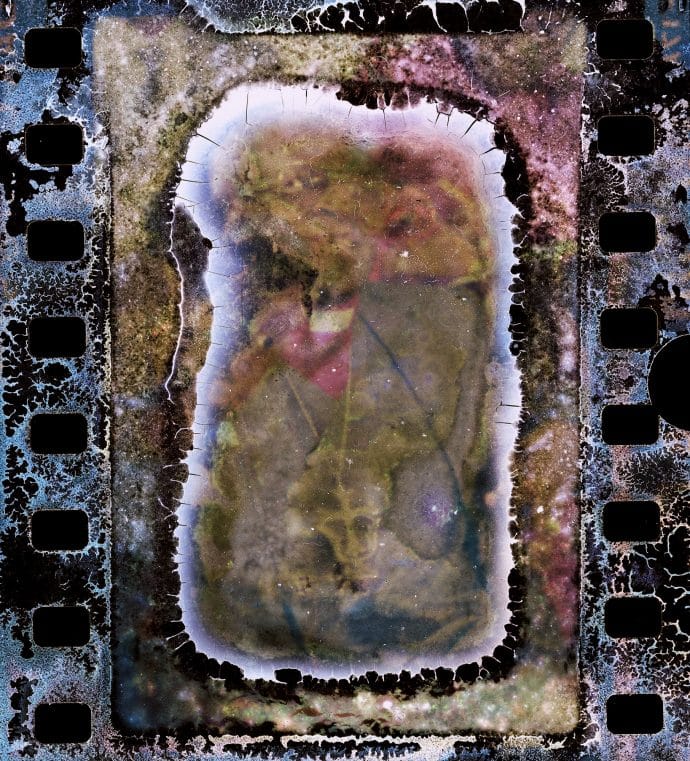 Gideon Mendel
Original Image: Bishop Tutu addresses a crowd of mourners in Duduza Township during a political funeral of four young township activists who had been killed in clashes with police. Shortly before this Bishop Tutu (the recipient of the Nobel Peace Prize in 1984) had intervened to save the life of a young man who had been accused of being an informer by the crowd. July 1985. Scanned and reframed after accidental water and mould damage in 2016. 2016