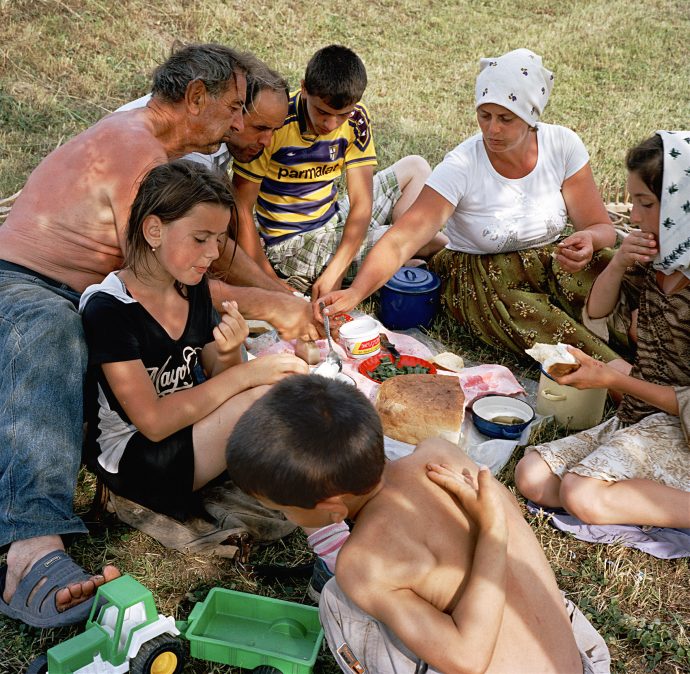 Rena Effendi
Members of the Borca family relax after a long working day. Gheorghe and Anuța Borca were married in July 1995, in the midst of grass-cutting season which meant their honeymoon had to be cut short. “We started making hay again one week after the wedding,” said Anuța. 2012

The Borca family relaxes after a working day that started early. Gheorghe (white shirt) and Anuța Borca (also in white) were married in July 1995, bang in the middle of the grass-cutting season. The honeymoon had to be shortened. “We started making hay again one week after the wedding,” Anuța says ruefully. This photograph was made in Maramureș, the Romanian-speaking part of northern Transylvania. Romania. June, 2012