An-My Lê was born in Saigon, Vietnam, in 1960. Her family was evacuated from Vietnam at the end of the war in 1975 and became political refugees in the United States. As a child of immigrants and political refugees in the United States, she took up photography by chance. For four years she worked as a staff photographer for the guild of craftsmen the Compagnons du Devoir, based in Paris, and travelled throughout France recording arcane architectural details and documenting the restoration of the churches and cathedrals. In 1991, while studying for an MFA at Yale, she was encouraged to make more autobiographical work. Over the next 10 years, she focused on the theme of war, its myth and memory. That work is compiled as a trilogy (Vietnam, Small Wars, 29 Palms) in Small Wars, a monograph published by Aperture in 2005.

The first series was begun in 1995 when the US renewed relations with Vietnam. An-My Lê travelled back to Vietnam and spent the next three years photographing the country and culture. On the invasion of Iraq in 2003, Lê gained access to a military facility in the high desert of California (a landscape very similar to parts of Afghanistan and Iraq) and photographed marines training in preparation for deployment to Iraq. 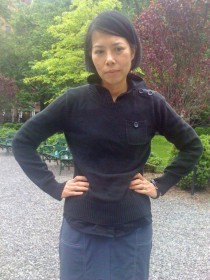