“What I am after is that very fleeting tenth of a second when the tension is at its most extreme. We have all known those imperceptible moments when the tension seems more violent than the confrontation with the other. At that extreme point where anything could happen, or nothing.” Mohamed Bourouissa has produced a number of works exploring social reality, working within contemporary urban environments to explore the stereotypes surrounding geographical and social spaces. Périphérique is a series focusing on the territories and issues of the suburbs in France where he grew up. A burnt out car, a playing field, a cafeteria, a housing project, a concrete slab – all become a theatre that juxtaposes ambiguity, disquiet and a latent, if dormant, violence. Often considered as the violent limits of progressive society, Bourouissa places these suburbs in the field of art, treating them as a visual, conceptual object. His photographs reference historical paintings, thus rendering them deeply connected to art history. He puts subjects in the vernacular of the French Revolution, each scene working to address the reality of prejudices within society. His pictures are staged like cinema shots and are rich with references to painters such as Caravaggio, Delacroix, Géricault and photographers such as Jeff Wall and Philip-Lorca diCorcia. 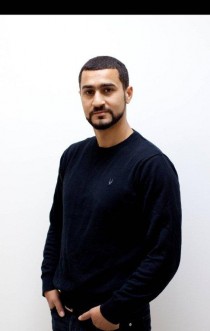