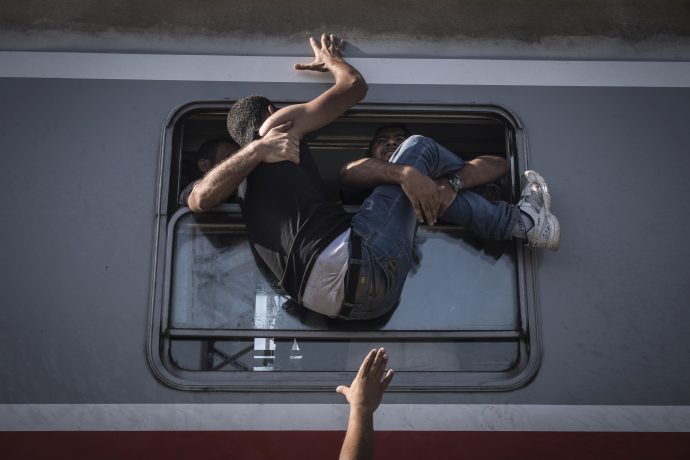 Sergey Ponomarev
Friday September, 18, 2015. Desperate refugees board the train toward Zagreb at Tovarnik station on the border with Serbia. As key nations tightened their borders, thousands of migrants and asylum seekers were bottled up in the Balkans, placing precarious new burdens on a region of lingering sectarian divisions that was exceptionally ill-prepared to handle the crisis. Series: Europe Migration Crisis, 2015