Since the 18th century, when some Brits discovered this conquered territory in the middle of Europe, the Alps have been considered the ‘epitome of sublime nature’. Over the past two centuries, the relatively untouched mountains have been transformed into a high-tech event landscape.

The agenda changed dramatically in the last 20 years when, after decades of growth, the winter sport market began to stagnate in the 1980s. At about the same time the first effects of what we call today global warming hit the Alps, resulting in less and less snow every year. A fierce competition began among winter sports destinations in order to survive and escape the effects of global warming for some more years: it led to (still ongoing) huge investments in facilities to produce artificial snow and machines to prepare the slopes perfectly every night. Further with the introduction of the snowboard in the late 1980s and other new sports tools, a young urban lifestyle arrived and prevailed, turning rustic alpine villages and valleys into fun parks.

Today spectacular events are organised to promote them, even new sports disciplines are invented ranging form challenging to entertaining, from ridiculous to absurd. The Alpine landscape has become an advertising arena, were marketing strategists battle for consumers and visitors simultaneously, while neglecting to fight the bigger challenge, to find more sustainable strategies. The long-term project Snow Management is a case study of the current winter tourism industry in the European Alps. It follows a documentary approach that offers a view for the drama and poetry of the real while maintaining an analytical distance, thus leaving its interpretation open to the viewer. 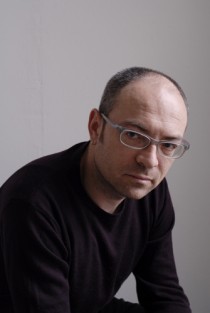