I was born in 1966 and took it upon myself to grow up, feeling a responsibility to understand as much as I could of the big topic, i.e. LIFE. It is therefore not surprising that by the time I was eight I did manage to understand anything; but unknown to me many others had felt the same way and had invented photography so as to solve this very problem. My first photograph was on a windy beach in the north of Scotland. I grew up dreaming of being invisible and found if I pointed a camera at the rest of the world I became invisible, though few noticed this trick and continued obstinately to believe I was there.

Later as years passed and I grew sad at all the beautiful things and people I had known that ceasing to exist and decided that whenever possible I would try to help by keeping some of them with me. I found myself in Pakistan where it seemed there were more beautiful things that could be counted and they were all being replaced with something less beautiful. So I stayed to take photographs of what was not going to be there tomorrow.

I am currently Assistant Professor of Photographic Arts at the School of Visual Arts, Beaconhouse National University, Lahore. I am documenting the lives of residents of the Walled City and creating an archive of 20th century photography in the Punjab including preserving the practice of Ru Kitch or Minto photography.

Scottish Arts Council, ‘Artist’s Assistance Grant’ to help complete documentation project in Pakistan, 2002.
Observer/Hodge Awards, recognising the best in young documentary photography for the essay, My Granny’s in a Home, 1996.
Artist in Residence at the NCA, 1996.

Regarding the Self at Rhotas Gallery, Lahore, 2005
National Exhibition of Photography, at the Alhamra Arts Centre, Lahore, 2002. 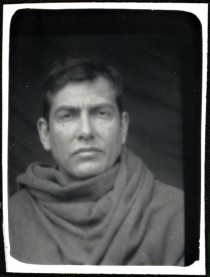