Mary Mattingly was born in Rockville, Connecticut in 1978. She lives and works in New York City.

She has co-curated interventions called Waterways alongside the Venice Biennial and with the Istanbul Biennial. Mattingly worked on a project called the Waterpod, a floating sculptural living structure that will showcase new ideas, simple and effective technologies for water desalinization and purification, clean energies, and sustainable, autonomous living. It can be easily prototyped and remade in different environments, and with different available resources. It was launched in May 2009, showcasing the work of artists, scientists, humanitarians, and geologists as part of the Hudson River’s Quadricentennial Celebration. 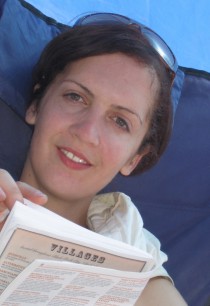