Munem Wasif is a documentary photographer born in Dhaka, Bangladesh in 1983. A graduate of Pathshala- the South Asian Institute of Photography, Wasif started his journalistic career as a feature photographer for the Daily Star, a leading English daily in Bangladesh. Following that, he worked as a staff photographer for two years with DrikNEWS, an international news photography agency. Now, he is represented by Agence VU.

In 2008, Wasif was selected as one of the 30 emerging photographers Photo District News, USA. In 2007, he was selected for the World Press Photo Joop Swart Masterclass in the Netherlands. He won an Honorable Mention in the 2007 All Roads Photography Program by the National Geographic Society. He also won first prize in the Konkurs Fotografii Prasowej for his extensive work on tea garden workers.

Additionally he has won two bronze prizes in the China International Press Photo. His work has been exhibited worldwide, including Anchor photo festival in Cambodia; International Photography Biennial of the Islamic World in Iran; Fotofreo- festival of photography in Australia; Tokyo Metropolitan Museum of Photography in Japan; and Getty Image Gallery in England. 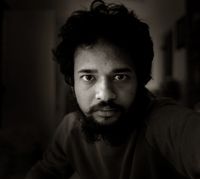