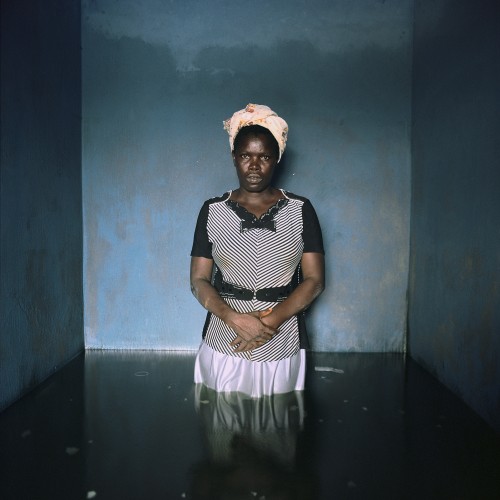 On Wednesday 13 January 2016 Disorder shortlisted artist Gideon Mendel spoke with our sustainability advisor Leo Johnson about his series ‘Drowning World’ and the techniques he employs to capture images.

The video was filmed at Somerset House, London, as part of the Disorder exhibition which was taking place in the East Wing Galleries. The exhibition was a massive success, receiving a total of 2,684 guests over the 13 days it was on display. The exhibition will now tour the MAXXI Museum in Rome, opening to the public on 3 February.

The below video was  directed by Marco Tschui and produced by the Pictet Group.