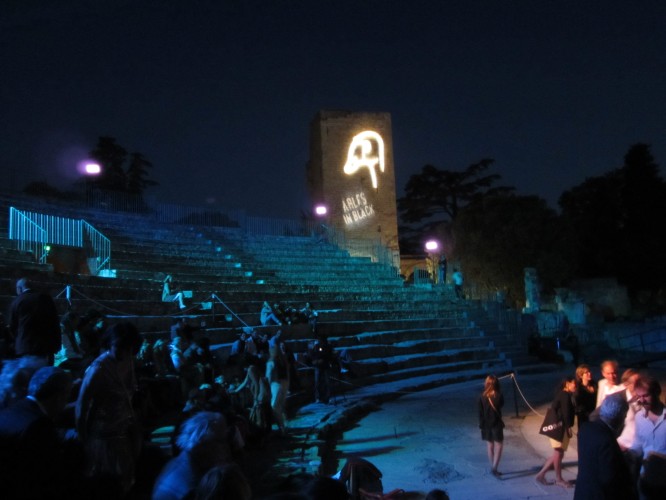 The first public preview of the images that Simon Norfolk, winner of the fourth Prix Pictet Commission, has made in Afghanistan was the centrepiece of a special evening screening at the Théâtre Antique in Arles. This presentation coincided with the announcement of the theme, Consumption, and Jury for the fifth Cycle of the Prix Pictet, as well as details of the final awards ceremony and exhibition of the shortlisted photographers in London in May 2014.

An exhibition devoted to the work of Simon Norfolk, winner of the fourth Prix Pictet Commission, will take place at Somerset House on 10 – 27 October 2013. Pictet’s charity partner Medair have been instrumental in helping Norfolk realise the commission. Medair has worked in Afghanistan since 1998, helping communities to learn survival techniques in such disasters as drought, floods and landslides.

Simon Norfolk is a multi award-winning landscape photographer whose work over the past ten years has probed and stretched the meaning of the word ‘battlefield’ in all its forms. He has photographed in some of the world’s worst war zones and refugee crises.