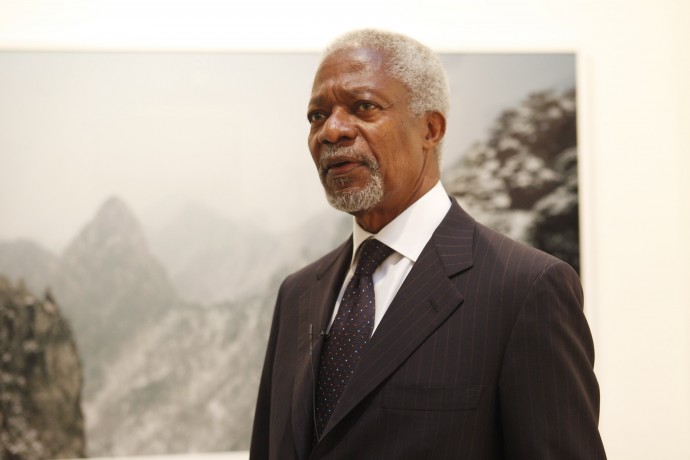 Kofi Annan, the President of Global Humanitarian Forum and Seventh Secretary-General of the United Nations, will be the Honorary President of the Prix Pictet. Commenting on the issue that lies at the heart of the Prix, Kofi Annan said: “Climate change is not just an environmental issue, as too many people believed for too long. It is an all-encompassing threat. It is a threat to the world’s supply of fresh water, our source of life.

Through reduced rainfall, melting glaciers, extended drought and salt-water intrusion, water stress is expected to continue to increase and spread as this century unfolds. It could imperil the world’s food supply, as rising temperatures and prolonged drought render fertile areas unfit for grazing or crops. It could endanger the very ground on which nearly half of the world’s population live – in coastal cities – which face inundation from sea levels rising as a result of thermal expansion of oceans owing to warming, as well as from melting icecaps and glaciers.”