Published by teNeues, Earth is a review of the second Prix Pictet that showcases the work of the twelve artists shortlisted for this year’s award alongside photographs by nominated photographers that best respond to the theme of Earth.

The skill, imagination and mastery of form that each of the artists featured in this book bring to their work is unquestionable. What is less obvious is the conviction and, in many cases, the bravery with which they document the damaging and often irreversible effects of exploiting the earth’s resources and the long-term impact of unsustainable development on communities across the globe. It is this quality that Earth seeks to celebrate.

Earth is distributed worldwide by teNeues and includes a foreword by Kofi Annan, Honorary President of the Prix Pictet.

Copies can be ordered from the teNeues. 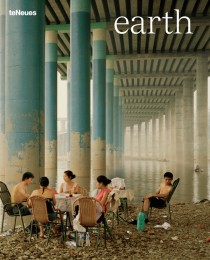