Valérie Belin (b 1964, Boulogne-Billancourt, France) lives and works in Paris. She trained at the Ecole Nationale des Beaux Arts in Bourges from 1983 to 1988, and then went on to study the philosophy of art at the Université Panthéon-Sorbonne in Paris, where she was awarded at Diplôme d’Etudes Approfondies in 1989.

Valerie Belin has exhibited extensively both domestically and abroad, and in 2015 the artist was the subject of a solo exhibition at Centre Pompidou, Musée national d’art modern, Paris, France. A major touring retrospective was organized in 2008 at the Huis Marseilles, Museum of Photography, Amsterdam; the Maison Européenne de la Photographie, Paris; and the Musée de l’Elysée, Lausanne.

Her work has also been featured in group exhibitions worldwide, including at the Mori Art Museum, Tokyo; the Museum of Modern Art, New York; and San Francisco.
Belin is the subject of numerous monographs, including the volume that accompanied her retrospective tour, published by Steidl in 2008, and Valérie Belin The unquiet images, with an essay by Larisa Dryansky and an interview with Roxana Marcoci, published by Centre Pompidou, in 2015. 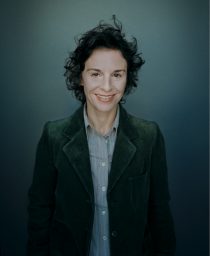