Wang Shu is an Architect and Professor. He believes very strongly in sustainable architecture and building in a way that is suited to less privileged communities – one of his latest projects involves persuading a Communist Party secretary in a village near Hangzhou not to tear down the dwellings but to renovate using the original tiles and bricks. Wang Shu won the Pritzker Architecture Prize in 2012.

He and his wife, Lu Wenyu, founded the Amateur Architecture Studio in 1997 in Hangzhou, China. The office name references the approach an amateur builder takes – one based on spontaneity, craft skills and cultural traditions. Wang Shu is Professor and Head of the Architecture School at the China Academy of Art, Hangzhou. In 2011, he became the first Chinese Kenzo Tange Visiting Professor at the Harvard Graduate School of Design in Cambridge, Massachusetts, in the same year he received the Gold Medal of Architecture (grande médaille d’or) from the Académie d’Architecture of France.
He has exhibited individually and participated in several major international exhibitions including: the 2010 Venice Architecture Biennale, the 2009 Architecture as a Resistancesolo exhibition at the BOZAR Centre for Fine Arts in Brussels and the 2007 Shenzhen & Hong Kong Bi-City Biennale of Urbanism\Architecture. 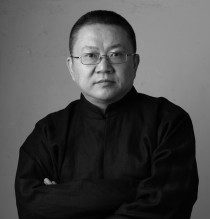