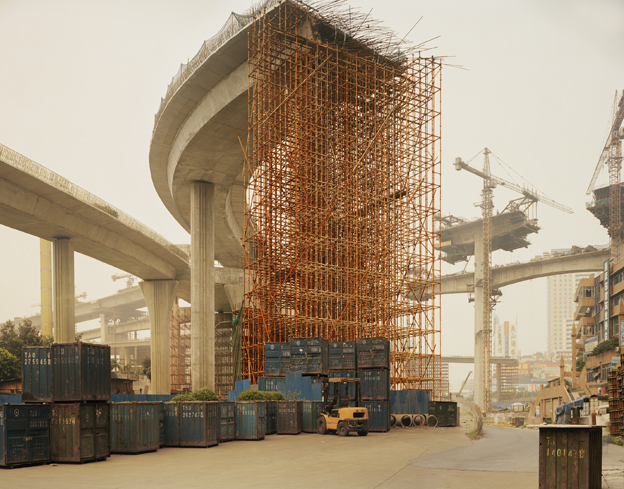 The third cycle of the Prix Pictet opened at Les Rencontres d´Arles, France, on 8 July 2010 with a special evening screening in the Théâtre Antique, showcasing the four Prix Pictet laureates to date.

The theme for the third cycle is Growth. At once a blessing and a curse, Growth, in all its forms presents one of the great conundrums facing humanity in the early decades of the twenty-first century.

From the dizzying expansion of our cities with their ever-increasing dependency on scarce natural resources, to the burgeoning populations and the need to feed ourselves, the theme of Growth presents a rich creative challenge.

Aquin’s images from this year’s earthquake in Haiti; Kander’s epic journey from the mouth to the source of the river Yangtze; Kashi’s document of the environmental disaster unfolding in Madagascar and Wasif’s continuing chronicle of the water-borne tragedy of Bangladesh – these artists are united by a determination to highlight the fragility of the world we inhabit.

The commitment and eloquence of these four laureates sets the standard for the 120 plus nominators and for the artists they nominate for the third award.

The Prix Pictet Jury, under the Chairmanship of Professor Sir David King, will announce the shortlist during Paris Photo in November. This announcement will be accompanied by a preview exhibition of the shortlisted works at Galerie Filles du Calvaire, Paris.