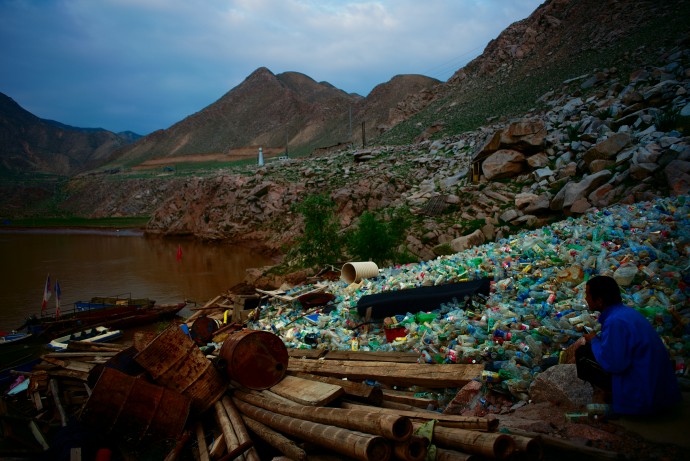 Tomoko Kikuchi has been announced as winner of the first Prix Pictet Japan photography prize. She was chosen for her striking series The River. The prize of ¥3,000,000 was made possible following a grant from a Swiss Japanese cultural foundation, given in order to inaugurate a special award in recognition of Japan’s status as one of the great centres of world photography. This new award builds on the Prix Pictet’s pioneering work in photography and sustainability through the recognition of the work of Japanese artists nominated for the Prix Pictet since its inception in 2008. As with the main Prix Pictet, all approaches – from photojournalism to fine art photography – were eligible for consideration and nominees were judged on the artistic quality of their original photographic series and the narrative strength of their overall portfolio.

An independent jury, chaired by Fumio Nanjo, Director of the MORI Art Museum, assessed the submissions of the nominated photographers and selected Kikuchi as the winner. Nanjo says ‘‘we were greatly privileged to review work by so many talented Japanese photographers. The outstanding quality of the work reviewed made the final decision very difficult. However, following a rich debate, we agreed to make the award to Tomoko Kikuchi whose striking and poignant work conveys the changing economic, social and environmental circumstances of Chinese workers. Tomoko Kikuchi’s work was shown at the MORI last year and I am delighted to have been able to recognize her in this way”

Stephen Barber, Chairman of the Prix Pictet, said “We are delighted to be able to launch this first Japanese Award – an initiative we are very much hoping to continue in the future. I would like to record our thanks to Fumio Nanjo and the members of the Jury who have made such an outstanding selection. ”

Tomoko Kikuchi is a Japanese-born photographer. Her work is held in the permanent collection of the Mori Art Museum, Tokyo, the Tokyo Metropolitan Museum of Photography and the Kawasaki City Museum. Her work has been featured in a solo exhibit at the thirty-eighth Kimura Ihei Commemorative Photography Award Show. She is a Magnum Foundation Emergency Fund 2013 grantee.